During the month of May, CAP-HC will recognize and honor the contributions Asian Americans and Pacific Islanders (AAPI) have made to U.S. history.

Have you read Bold Words: A Century of Asian American Writing* or seen the film The Fabulous Filipino Brothers^? Do you know about Senator Tammy Duckworth**? Today is the last day of Asian American and Pacific Islander Heritage Month 2021, but there are always more stories to explore about the AAPI people who have shaped and continue to shape the U.S. through art, policy, and more. Check out this round up of stories that celebrate AAPI Heritage Month from AsAmNews, a curated selection of headlines and blogs about Asian American and Pacific Islander communities. And remember to stay curious.

* Sixty authors of Chinese, Filipino, Japanese, Korean, South Asian, and Southeast Asian American origin published together in one anthology edited by Rajini Srikanth and Ester Y. Iwanaga.
^ The directorial debut of Dante Basco, who plays himself along with his real-life brothers in a film that explores love, romance, and family.
** A war veteran and Purple Heart recipient. After she lost her legs in a helicopter accident in Iraq, she advocated for war veterans. As an Illinois senator, she has been outspoken about issues that impact communities of color. 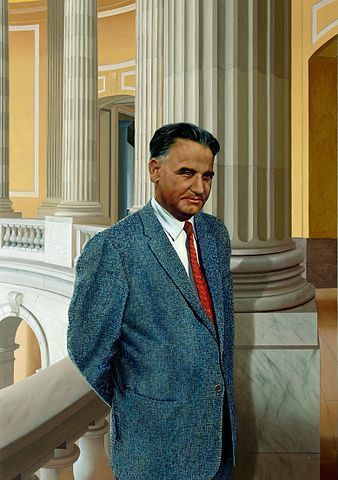 Born and raised in Punjab Province, British India, Dalip Singh Saund earned his bachelor’s degree in mathematics from the University of Punjab in 1919. He continued his studies at the University of California, Berkeley, receiving his PhD in mathematics four years later. Saund became a citizen in 1949, and in 1956 won the congressional seat in California’s 29th district, his home district. He served three terms in congress and was known as a staunch supporter of farmers and civil rights legislation.
Painting by Jon R. Friedman, Collection of the U.S. House of Representatives 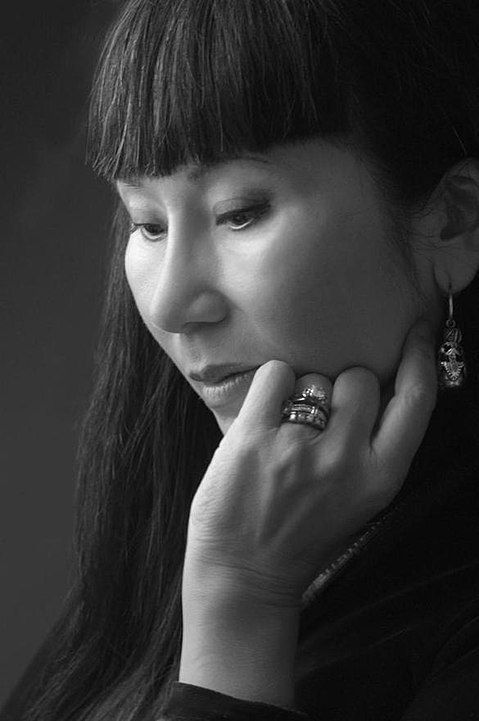 On February 19, 1952, Amy Tan was born in the U.S. to immigrant parents from China. After the loss of her older brother and father at the age of 15, graduating from high school in Switzerland, and attending five different colleges, she received her B.A. with a double major in English and Linguistics, followed by her M.A. in Linguistics.
In 1985, Amy began writing fiction as an incentive to cut back on her workload. Her first short story was published in 1986, and in 1989, her bestselling novel The Joy Luck Club was published. She has gone on to write several other best-selling novels, short stories, and more, firmly establishing herself as one of the most prominent and respected American literary voices working today.
Photo: public domain 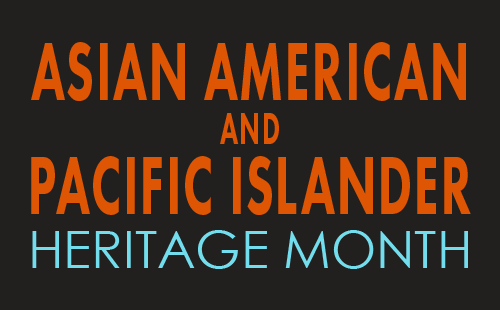 May is American and Pacific Islander Heritage Month

The month of May is Asian American and Pacific Islander (AAPI) Heritage Month. This celebration began after Congress introduced a resolution that the President should proclaim the first ten days in May of 1979 as “Asian/Pacific American Heritage Week.” President Jimmy Carter signed the resolution on October 5, 1978. The first ten days of May were chosen to commemorate two historic events: May 7, 1843 – the immigration of the first Japanese to the United States and May 10 1869 – the anniversary of the completion of the transcontinental railroad, since the majority of workers were Chinese immigrants. Presidents passed annual proclamations until 1990 when congress expanded the observance to a full month. In 1992, congress designated May as Asian/Pacific American Heritage Month to be observed annually, and in 2009 the name was officially changed to Asian American and Pacific Islander Heritage Month.
This month, CAP-HC will recognize and celebrate the contributions of Asian Americans and Pacific Islanders to American history, starting with the resources provided by The Library of Congress, National Archives and Records Administration, National Endowment for the Humanities, National Gallery of Art, National Park Service, Smithsonian Institution and United States Holocaust Memorial Museum. Browse exhibits and collections, watch videos, and learn about upcoming events that pay tribute to AAPI throughout U.S. history.